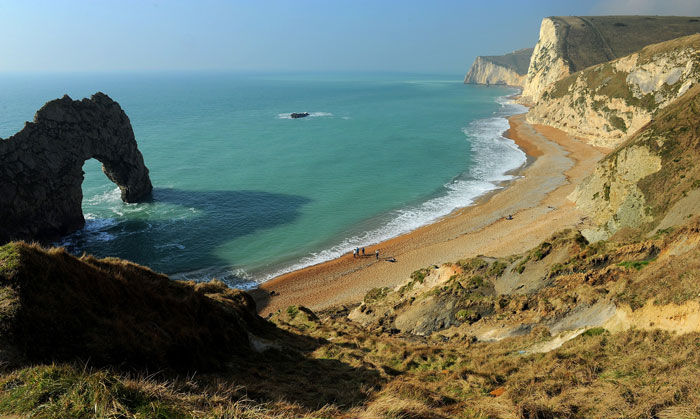 Portland stone is a limestone from the Tithonian stage of the Jurassic period quarried on the Isle of Portland, Dorset.

From the early 1600s it started to become London’s dominant stone with Inigo Jones using it on Banqueting Hall, the stone having previously been used with success on elements of Westminster Abbey ,the old gothic St Paul’s Cathedral and Buckingham Palace.

Vast quantities of Portland stone went into London after the Great Fire of 1666 and up until this point the stone had come from the Landslips on the east coast of the Island.

As demand continued into the eighteenth century, quarries opened up along the northern coast and during the nineteenth and twentieth  centuries in the centre of the Island.

Despite these historically large volumes of stone leaving the Island for the  construction of buildings in London and other major cities across Britain and the World, large reserves remain on the Island.

Portland stone is grey in colour and is denser than Bath stone which is why it’s fantastic for fine, detailed carving.